John Wright has lived in Cheltenham since 1982, and became the conductor of Charlton Kings Choral Society in 1984. Under his leadership the choir have presented innovative programmes, including commissioned works from Ian Venables and Guy Turner, and the rarely performed Morning Heroes by Sir Arthur Bliss. In 2004 he composed In Praise of Earth’s Beauty for the choir. He has also taken them on tours to France, Germany and Scandinavia. 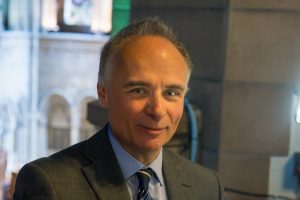 John studied music at Trinity Hall, Cambridge (where he was organ scholar) and the Royal Academy of Music. Since first moving to Gloucestershire he has identified himself with a wide range of local music activities. Having pursued much of his career as a teacher, he was for eight years Assistant Director of Music at The Cheltenham Ladies’ College. He is now a freelance musician, an examiner for the ABRSM, and a teacher of piano and organ at Rendcomb College and privately. As an organist John has given recitals and accompanied choirs in many cathedrals and churches throughout the country, and has also given recitals in Sweden and in Cheltenham’s twin towns of Göttingen and Sochi. He is the organ soloist on a Chandos CD of film music by Mischa Spoliansky. He also appears frequently as a piano accompanist, and has also been a guest conductor with Cheltenham Chamber Orchestra.

Several of John’s choral compositions have been published by Animus Music.

He is newsletter editor of the Arthur Bliss Society, as well as working closely with the Holst Birthplace Museum, for whom he has edited some of the early works of Gustav Holst.

In 2003 John received two awards from Cheltenham Arts Council in recognition of his contribution to music in Gloucestershire.

John can be contacted personally via jworganist@hotmail.com 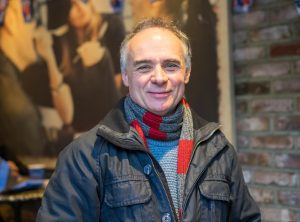